The Uniting Church in Australia has always understood itself as being oriented towards justice, sharing in God’s mission which is the reconciliation of the world.

Since its inception in 1977, the UCA has spoken out on social and environmental issues of concern and engaged with governments on matters of public policy.

Statement to the Nation

At its first Assembly meeting in 1977 the UCA made a Statement to the Nation. This Statement was a declaration about the nature of the Church, what it would uphold as important in the world and how it would contribute to building a better world.

READ THE STATEMENT TO THE NATION

How justice is expressed

As a large national church in Australia, the UCA expresses its commitment to justice in many ways.

Advocacy – speaking into the public arena and directly to government on issues of justice. Some of these issues have included:

Practical Expressions – through national and regional bodies, provide meaningful services to the Australian and international community. Some of these have included:

Our vision for a Just Australia

In 2018 the Uniting Church developed Our vision for a Just Australia, a statement expressing our hope for Australia as a just, compassionate and inclusive nation. In 2020, a new document, Build Back Better, considered new priorities and lessons learnt from the experience of the COVID-19 pandemic. It draws on our vision, as articulated below. 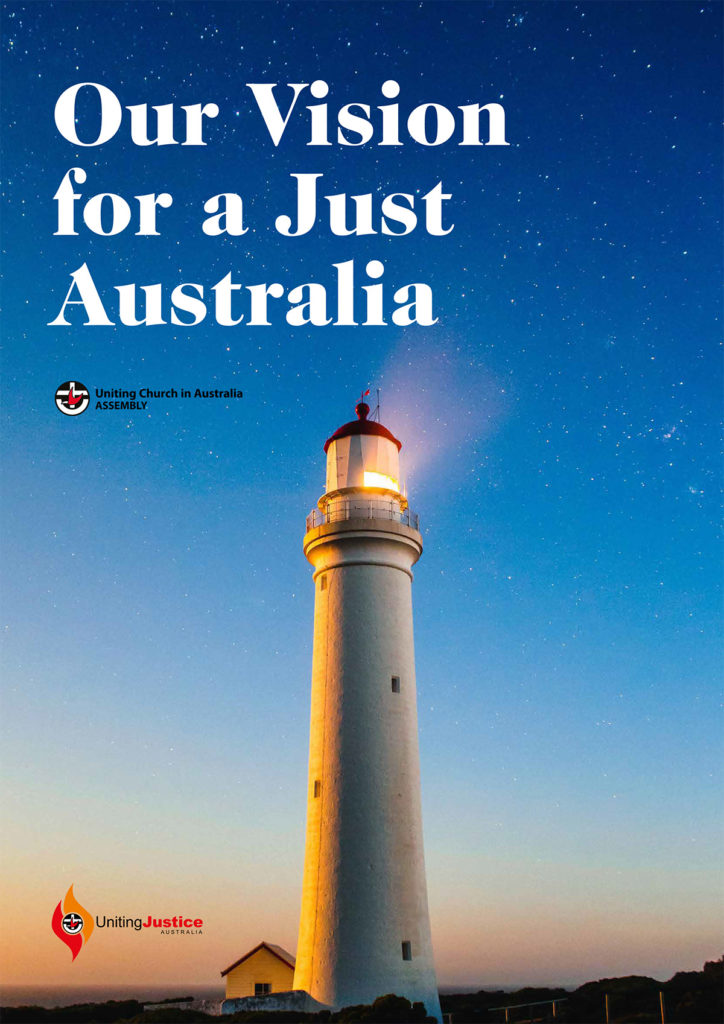 The Uniting Church is continually developing resources to assist our people to be informed and engaged in important issues of justice, locally, nationally and globally.