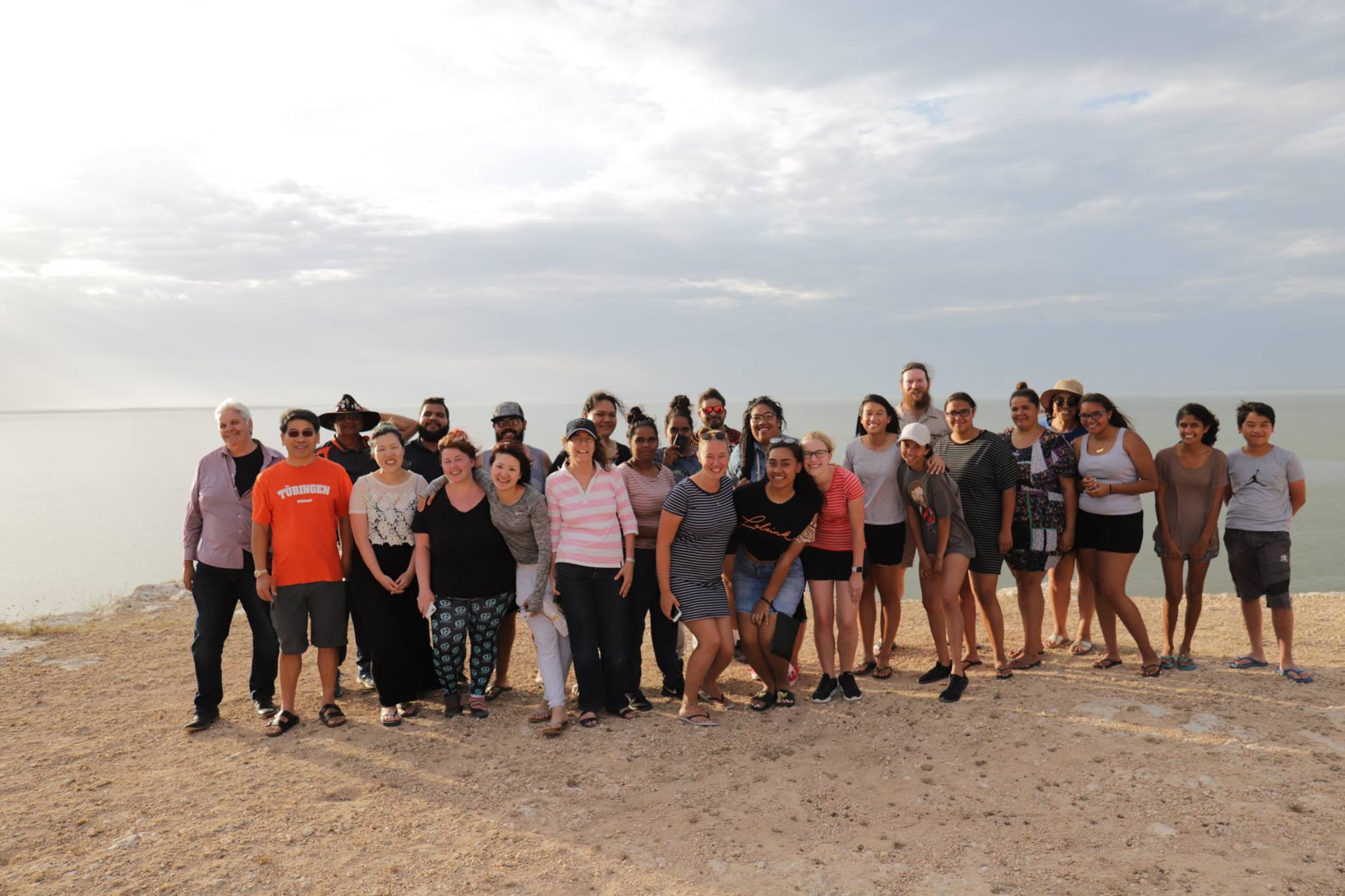 Joy Han has written a reflection on her experience of Walking on Ngarrindjeri Country in the lead up to the National Young Adult Leaders Conference.

She has written it in the form of a letter to a friend, Sarah, who she Ŏnni, a Korean kinship term for another woman in the same peer group but older than oneself.

I want to tell you about my walking on country experience. But allow me to start the story from our own country.

Have your elders told you much about the time before Gwangbok, the Restoration of Light (Korean Independence, 1945)? That time when our grandparents’ generation was not allowed to speak our language. They were terrorised in their own homes. Told that our culture was backward and destined to be absorbed into the culture of those who had annexed our homeland.

I feel bad asking Halmŏni (grandmother) about that time. On a few occasions I have asked her about the darkness (1910–45) or about the War (1950–53). But it’s difficult to find the courage to ask and I know it’s painful for her to remember.

It’s a truth-telling act for her and me to begin to articulate and acknowledge that trauma. It’s not just the story that’s precious, but her very willingness to bravely tell it that is an undeserved gift.

It was surely an undeserved gift to begin to hear some of the stories of Ngarrindjeri country. To listen to an embodied memory that stretches all the way back to Creation.

Ŏnni, if I can dare to try to describe it: I think the stories are a sharing of their tellers’ very being, their people and their lands and waters.

There is a richness that is maybe like what we associate with gohyang (hometown). That deep connection to place mixed with grief as well as the celebration of resilience.

Of course it’s not the same thing as gohyang, but—you know, I am just trying to relate via the language that you and I grew up with.

I wonder what it would be like to comprehend Ngarrindjeri stories in Ngarrindjeri language … How generous it was of our hosts to translate their stories into English for us (even while teaching us some Ngarrindjeri words) and to invite us into that weave.

Ŏnni, you know how often a person whom we have just met will require us to account for how and when we came to this place known as Australia.

It usually sounds like this: where are you from? We know this question is often reserved for us because of the colour of our skin. We know when we are not permitted to return this question. We must simply answer it in whichever terms the interrogator demands.

Since I call Australia my gohyang, I am perhaps prone to forget the sense in which I am a second-gen migrant settler and so my indignation at being told I am actually not from Australia is as much from a feeling of disconnection from Uri-nara (Korea) as it is an attempted refusal of white hegemony.

I believe brother Sean and his community—his family—taught me many things that I now pray I can fully learn.

This and much more leadership we were shown by our Ngarrindjeri hosts, and I know such leadership is offered by our first nations sisters and brothers right across Australia.

It was in fact a fresh revelation of the powerful grace of Christ into corners of my soul that it seems I had unconsciously written off.

It was rays of sun over the water, representing a glimpse of the Gwangbok that we yearn for. It’s the rejoicing, anticipation and commitment to a destiny together as First and Second Peoples.

It’s beyond words, but I had to try to share it with you anyway.