From the Growing in Faith Circle 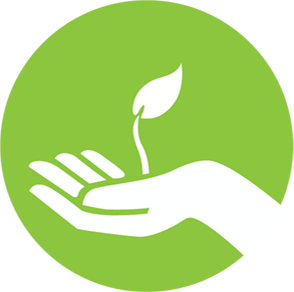 25 “Now his elder son was in the field; and when he came and approached the house, he heard music and dancing. 26 He called one of the slaves and asked what was going on. 27 He replied, ‘Your brother has come, and your father has killed the fatted calf, because he has got him back safe and sound.’ 28 Then he became angry and refused to go in. His father came out and began to plead with him. 29 But he answered his father, ‘Listen! For all these years I have been working like a slave for you, and I have never disobeyed your command; yet you have never given me even a young goat so that I might celebrate with my friends. 30 But when this son of yours came back, who has devoured your property with prostitutes, you killed the fatted calf for him!’ 31 Then the father said to him, ‘Son, you are always with me, and all that is mine is yours. 32 But we had to celebrate and rejoice, because this brother of yours was dead and has come to life; he was lost and has been found.’”

This week’s gospel reading from Luke 15 is a parable of reconciliation and restoration. Jesus told of a young man who asked his father for his inheritance while his father was still alive. He then travelled away from home and spent all the money. At rock bottom, the young man turned for home, hoping for mercy and expecting humiliation, but choosing to live.

The prodigal son came to himself and turned for home. Then, on encountering his father he wept with remorse, named his sins and offered restitution. He asked for nothing but offered himself in humility.

As a model of forgiveness, it is powerful. The younger son knew that he had squandered his family’s money and honour. He knew that he had lived outside his community’s moral codes. I have sinned against heaven and against you.

In the season of Lent we seek the courage to return to God with the truth of our hearts, as this young man returned to his father. We confess our sins, emptying ourselves of all but our longing to be restored to this relationship. In a posture of humility we make space within ourselves to receive again the mystery of Jesus’ death and resurrection. Trusting in God’s love for us we are confident of God’s compassion and forgiveness.

It would be unwise, however, to end our reading of the parable at verse 24, with the celebration of the younger son’s return. Parables require deep listening and an expectation of mystery. The parable is a story about a human father and Jesus began the parable by saying this is a story of a man who had two sons. The experience of both the sons is important or it would not have been told.

The older son has worked on the farm, bringing honour to his father, and earning his eventual inheritance. On his return, the younger son made no move to reconcile with his older brother. His brother saw nothing of the remorse or the offers of restitution. He was given no grounds to trust him, or to have hope in his changed character. The younger son’s return displaced the older son within his own family. By the time the older son returned from working for his father in the fields, a calf had been killed, a robe, ring and sandals had been found for his brother to wear and the music and dancing were underway. He had not even been invited to the party. However much he grieved his brother’s disappearance, his brother’s return brought him pain. He asked his father whether his work had been noticed, or his own presence or loyalty valued. Perhaps he wondered how justice would ever be done if they all forgot what had happened. How would he know that his brother would not do the same thing again?

His father asked him to accept that forgiveness had been offered on behalf of the whole household, telling him, we had to celebrate and rejoice, because this brother of yours was dead and has come to life; he was lost and has been found.

This is a deeply painful story. Forgiveness between humans is complex. When we turn away from God we also turn away from one another. The younger son turned away from his whole family. Those who have suffered at the hands of another are entitled to observe remorse and to be offered restitution. They cannot be instructed to forgive those who have harmed them, and risk minimising their suffering or endangering their safety. Forgiveness between siblings, between spouses, church members, between communities and between nations can seem impossible. In a community or family or household, forgiveness is sometimes offered by one person on behalf of the group, leaving other group members behind. What restitution is required of the leader who stole from the congregation, or the sibling who stole from an aged parent’s bank account? Who has the right to offer them forgiveness and restore them to relationship? And if forgiveness is too hard for some members of the group to offer, do they themselves end up being excluded?

The parable ends with the older brother on the threshold, needing to choose what he will do next. Perhaps he will forgive his brother and in the restored relationship will find a loving way in which to hold him to account. Perhaps he will learn that God’s justice will be found in the depths of God’s love. Perhaps he will give up his own inheritance and leave.

In the season of Lent, we stand on this same threshold, aware of our own brokenness and the brokenness of others. We are called to turn for home, returning to God in humility, and to discover the freedom of the forgiveness that God offers to us – and to others.

When we turn to God, God is waiting for us, poised for welcome, rejoicing in our presence, hoping that we would come. None of us is beyond the view of the one who loves us and stands at the gate waiting. When we turn to God, we discover that God has always been there, turned towards us. When we turn to God we turn for home, to a place of tenderness and love and blessing. And from there we pray for the grace to turn toward one another in love.

Christ,
Have we not squandered the relationships as your family?
Have we not been divided and divisive?
Have we not been bitter at what we perceive as the preferential or favoured treatment of some?
Have we not languished in self-righteousness?
Have we not judged others for their behaviour, unmindful of our own flaws and failings?
Have we not resented your grace?
Have we not been ungracious and un-joyous in the repentance of others?
Have we not failed to be reconciled?
Maybe not all the time
Maybe to lesser or greater degrees than others
But we have.
In this moment,
In this time,
Bring us to repentance.
May we savour your love and grace.
May we forgive others as we have been forgiven and as you forgive them.
May we take up the opportunity of relationship
May we pursue reconciliation
May we rejoice in repentance and celebrate new life
May we be the bearers of your kingdom
As we join as family in faith
To work with you in your patient care of humankind
In order to redeem us
And bring us to the promised end.

This we humbly pray.