The physicality of grace

It often comes as a surprise to realise that the Christian faith not only welcomes but even loves bodies.

The central focus of our theology and belief involves birth, life and death and we share the elements of a meal around a table as our central liturgical act. God loves bodies, and this shapes our understanding of pain, suffering, delight and ecstasy, which is that occasional joy we feel in being simply alive!

And yet, in making these affirmations there is also the nagging hesitation that arises in our tradition about the dangers of pleasure, the temptations of the flesh and the distractions of being a sensual human creature. Compared to many other religions and philosophies, Christianity is a very this worldly and material religious tradition. But in the next breath, we also recognise the ambivalence that exists about this capacity to embrace our flesh as an expression of the goodness of God.

There are some aspects of our tradition that seem to distrust the body, for example the early saint St Stylites - who spent thirty seven years of his life lashed to a tall wooden platform so he could dedicate his life to prayer. Fed each day by faithful monks he remained focused on things above and over time his body deformed and the ropes that held him in place worked themselves into his muscles and skin. There is a profound irony in the fact that he would lovingly remove the weevils and grubs out of these grooves while allowing his own body to decay under such a painful  devotion. This saint reminds us of all those people who have made a virtue of suffering and of punishing the flesh as if there is something essentially wrong with what God has created.

Living in a multicultural and diverse church we are potentially confronted with the realisation that we have an inherited a British colonial system of thought and social behaviours. Some folk even dance in worship, while as little movement as possible is the norm in white Anglo-Saxon communities. Expressing our joy might be welcome as a mental exercise but not if it leads to leaping! In the wider culture people have become wise about doing good things for their body to de-stress, exercise, to find balance and orientate themselves as whole people with a body, mind and heart. Can the Church be a place where bodies, in all their diversity, are welcome?

Here I have to confess that I am a recovering serious person. In mid-life I had a profound realisation that as a minister and a good Christian I had developed an overactive conscience. I over thought and worried about every action. I carried in my body an anxiety that focused on being correct. I worshipped a God who was always on the ground with a stick of chalk marking out the boundaries of behaviour, keen to regulate life’s every moment. Attempting to be perfect is simply exhausting. Life becomes a chore that is endured through boredom rather than being something to celebrate. I could never treat it so lightly as to improvise, play or make it up as I go along. The idea that one could improvise and enjoy being in your body was just too terrifying to contemplate.

The thing that woke me out of my seriousness was doing a workshop called InterPlay, a form of movement, improvisation and play that had been developed by two Christian ministers and dancers from the USA. InterPlay allowed me to bring my beliefs into physical conversation with my body and the result was joy.  One of the central phrases that gave me a vocabulary for that experience was the ‘physicality of grace’. Rather than the body taking me away from God, my physical experience was a means of living more deeply with a God who loves bodies, and invites us to experience grace in our skin. I began to see my life differently and to place more importance on physical experiences and ultimately to know the grace of God in and through my physical experience.

I experienced my body as a vessel for grace. Moving, walking, swimming, gardening, and even doing the ironing, all became experiences that integrated my faith and my belief. Rather than spiritual disciplines being a process of shutting out the world, closing my eyes and reinforcing a disembodied escape from physicality I started naming and enjoying those aspect of my life where my body was present in the world. Playfulness then woke me fully up to allow mistakes and to improvise fully in life, to enjoy its up and downs and its unexpected turns. The spiritual life is not founded in the requirement to confine or control, but is more authentically expressed when we live out the words of one of our confessions of faith that states; ‘The glory of God, is a person fully alive’! 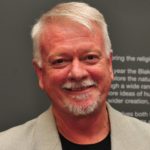 Rev Dr Rod Pattenden lives on Awabakal land and is minister of the Adamstown Uniting Church in Newcastle that has a focus on arts, creativity and justice. He is also a curator and writer exploring the links between spirituality and the creative arts.  https://www.rodpattenden.id.au

InterPlay Australia runs workshops and events in most states of Australia. https://www.interplayaus.com.au