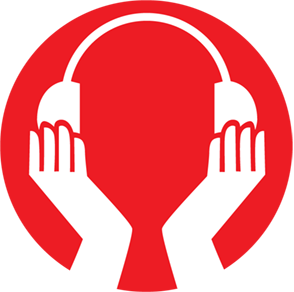 From the Discipling the Next Generations Circle

Now very early on the first day of the week, while it was still dark, Mary Magdalene came to the tomb and saw that the stone had been moved away from the entrance.  So she went running to Simon Peter and the other disciple whom Jesus loved and told them, “They have taken the Lord from the tomb, and we don’t know where they have put him!”  Then Peter and the other disciple set out to go to the tomb.  The two were running together, but the other disciple ran faster than Peter and reached the tomb first.  He bent down and saw the strips of linen cloth lying there, but he did not go in.  Then Simon Peter, who had been following him, arrived and went right into the tomb. He saw the strips of linen cloth lying there,  and the face cloth, which had been around Jesus’ head, not lying with the strips of linen cloth but rolled up in a place by itself. Then the other disciple, who had reached the tomb first, came in, and he saw and believed. (For they did not yet understand the scripture that Jesus must rise from the dead.)
So the disciples went back to their homes. But Mary stood outside the tomb weeping. As she wept, she bent down and looked into the tomb. 12 And she saw two angels in white sitting where Jesus’ body had been lying, one at the head and one at the feet. 13 They said to her, “Woman, why are you weeping?” Mary replied, “They have taken my Lord away, and I do not know where they have put him!” When she had said this, she turned around and saw Jesus standing there, but she did not know that it was Jesus.
Jesus said to her, “Woman, why are you weeping? Who are you looking for?” Because she[u] thought he was the gardener, she said to him, “Sir, if you have carried him away, tell me where you have put him, and I will take him.” Jesus said to her, “Mary.” She turned and said to him in Aramaic, “Rabboni” (which means Teacher). Jesus replied, “Do not touch me, for I have not yet ascended to my Father. Go to my brothers and tell them, ‘I am ascending to my Father and your Father, to my God and your God.’” Mary Magdalene came and informed the disciples, “I have seen the Lord!” And she told them what Jesus had said to her.

Being moved with our senses is one of the greatest gifts we have been given.  Being able to feel the sun as you sit outside, gently basking in the warmth of its rays.  The smell of freshly brewed coffee as it finds its way deep within the recesses of the olfactory system.  The touch of a soft blanket that brings you great delight as it speaks to you in just the way you need it, or the chill of the cold, or the bristling wind as you shiver with response. The joy of seeing the lights of the sunrise as the colours move and dance across the sky as the day comes to life. The sound of the timpani as it reverberates deep within your chest as you hear a piece of much beloved music again and again.

This season for us is so deeply laced with music, that it isn’t hard to recall to mind the songs that move us as we consider the experience of the cross and resurrection of Christ. Whether it be In the cross of Christ I glory, Lord of the Dance,  In Our Darkness, there is no darkness, Lift High the Cross, Worthy is the Lamb, Christ is Risen or some other piece that provokes your senses as you sit within the story of God and humanity in this moment.  The rousing voices of Handel’s Messiah as they proclaim aloud and with gusto the Hallelujah Chorus.

The Resurrection story is one of the greatest symphonies ever written, and today as we sit in this moment we sit in the place of the perfect resolution. The cadence which offers joyful completion as the symphony peaks and resolves.

Yet to get to this moment, we must encounter the whole symphony.  We must listen with intent as we hear the voices of the different melodies weaving and intersecting with one another in an intricate interplay so subtle we sometimes miss the moments of movement until one of the melodies rises up above the others to make itself heard. A moment where it’s melody echoes in silence as the symphony hushes its tone to just listen.  Just for a moment. It rises and then it falls again, becoming one with the whole orchestra again as the symphony continues and the story continues to be told. The whole orchestra responds and again the dance of notes and melodies takes place as it weaves in and out, finding the places of harmony and dissonance once more as the orchestra seeks to interpret and understand the music, to understand the story.

Over the last few weeks we have heard many of the melodies as the stories we have told of the life of Jesus leading to this moment have been told.

They have echoed in our buildings, they have rung out in song as we have approached with fondness the songs and melodies reserved for this moment in time.  Yet there has been an edge to the melodies, to the words, to the songs and to the stories we have heard.  Until today.  This is the moment we have longed for.  This is the melody we had hoped to hear soaring high above the others as it leads us to the most perfect resolution of the greatest symphony ever written.

God, in creation, began the song and the symphony and it has woven its melodies over the generations in both the sweetness of harmony and the ear piercing dissonance as it has sought to find this moment.  The moment of perfect resolution when all is as it should be. Then the symphony is played and remembered time and time again as we journey back to the song and the melody that feeds us and satisfies us as balm for the soul.  The perfect resolution has been played, but the melody still echoes on and on.  Christ has risen! Today, we too still remember the glory that comes with perfect harmony.