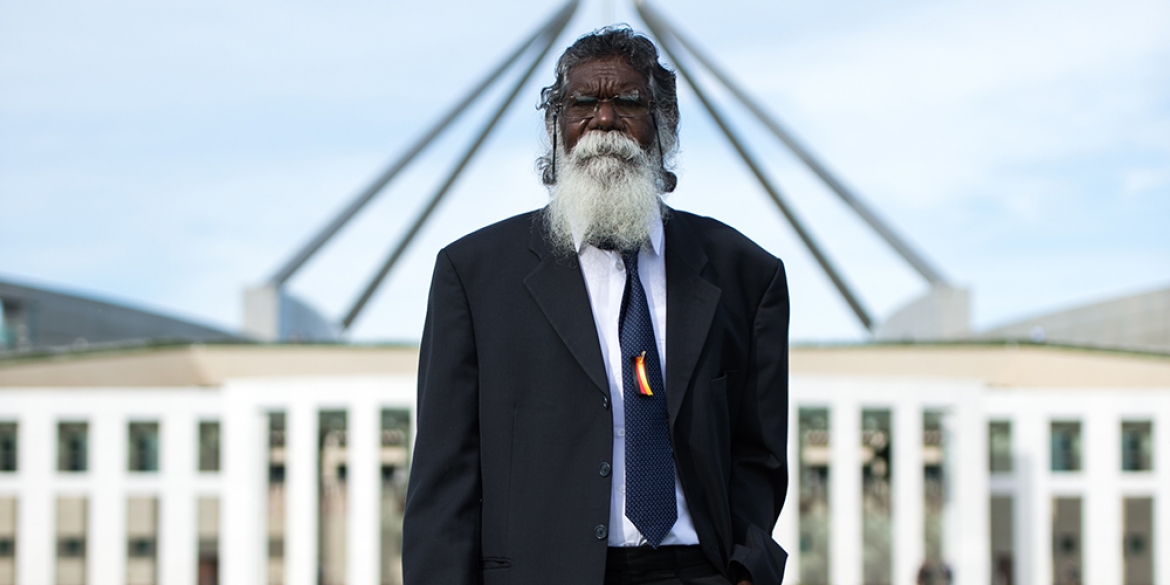 This tribute to our late brother Rev Jeffrey R Garrawurra firstly honours his contribution to God’s mission through the UAICC and UCA. Secondly, it speaks to the significant leadership and importance for our Church’s global partnerships through First Nations leaders.

In this instance, Rev Garrawurra’s participation in the Pacific Council of Churches gathering
strengthened and enhanced the connections between Australia and the Pacific nations.

Thanks be to God for an amazing life and God’s peace for the family and the UAICC.

Journeying with Sally and Jeffrey to Honiara for the Pacific Conference of Churches to attend to the UCA application for membership was one of the highlights of my time as National Director.

It was a humbling privilege to accompany a person of such stature and dignity.  As he had not travelled overseas for many years, I remember his bemusement in negotiating the various stages before we flew out of Brisbane airport.

In Honiara he was clearly in his element.  The ease with which Pacific leaders engaged with him and he engaged with them showed me, again, how precious it is for indigenous peoples to meet across regions.

He had what Maori call mana.  They both enjoyed their time in Honiara.

I cannot adequately convey just how momentous it felt to be present when the distinguished leader of UAICC spoke at the Pacific Conference of Churches.  People fell silent and engaged with him with deep respect.

As we sought to strengthen the Uniting Church’s catholic identity, I believe this was one of the most significant steps UnitingWorld facilitated in my time.

As we seek to shake off the shackles of colonialism, working with UAICC and with other indigenous peoples especially in the Pacific, strengthening the revolution, is one of the gifts of UnitingWorld.

God be with you all.  Rev. Kerry Enright

PLEASE NOTE: A Djuŋgaya is a group of Yolngu people from another clan who have responsibility for a clan’s protocol. Rev. Garrawurra’s Djuŋgaya have requested that this image and stories of his life only be carried in print publications or websites.